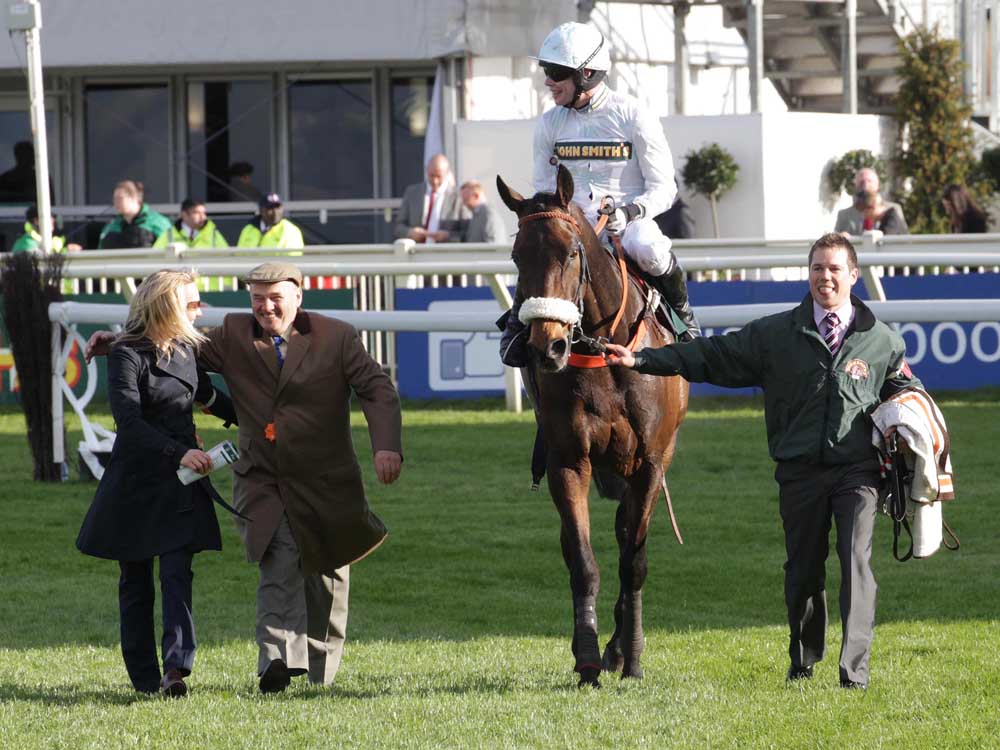 In 1981 Malcolm Jefferson purchased Newstead Cottage Stables and began his training career, a career that would span 37 years, produce a consistent stream of winners and earn him a reputation as one of the leading National Hunt trainers in the North.

Malcolm enjoyed his first success with Mark Edelson in a bumper at Perth in September 1981, the same year he took out his license, and during the years that would follow he sent out numerous winners, predominantly under National hunt rules.

From a farming background in Cumbria, Malcolm started his racing career with the late Gordon Richards at Greystoke and worked as his travelling headman, and then headman, before striking out on his own.

Plenty of racing enthusiasts will remember the hurdling exploits of Tullymurry Toff, Go-Informal and Roman Ark, and chasers like Calatagan, Gilbarry and the ultra-popular According To Pete.

Cheltenham Festival glory came first with Tindari who won the Pertemps Hurdle Final in March 1994, while twelve months later Malcolm became the first British trainer to land the Champion Bumper with Dato Star. Dato Star subsequently developed into one of the best hurdlers in England and Ireland.

In more recent times, Cape Tribulation and Attaglance both won their respective races at the 2012 Cheltenham Festival and the following month, the same year, they both won again at Aintree’s prestigious Grand National meeting.

Since it’s acquisition, the facilities at Newstead have been extended and improved, with modern boxes, an American Barn, Horse-walker, Lunge Ring and turnout paddocks all contributing to success. A permanent salt therapy room has recently been installed and is something Ruth believes will be of huge benefit to the horses.

Among many talents Malcolm had a knack of getting the very best out of every horse. Growing up at Newstead and filling the role as her father’s assistant for over 10 years, Ruth has learned from the finest and continues in her father’s footsteps having taken over the reins.

Waiting Patiently was a notable and emotional winner of the Grade 1 Betfair Ascot Chase on February 16th, 2018 and is one of 30 horses in Ruth’s care. Last season a Grade 2 Novice Hurdle was added to the notable winners list courtesy of Clondaw Caitlin’s win in the Premier Hurdle at Kelso.

She continues at Newstead with a happy, enthusiastic and knowledgeable team, the support of her family, loyal owners and breeders in addition to new owners and a racing club and she hopes to continue sending out a consistent stream of winners that one day will emulate her fathers success.